Q&A with our game developers

Over the course of the past two weeks we have noticed a number of prominent suggestions that arise both in the game itself through chat, on the forums and in unofficial communities. As we could not answer suggestions such as this that are not posted on the forums directly, we asked for the help of one of our players, Folier, in creating a comprehensive list of matters that are talking about frequently in the player base. Our Game Designers have taken a thorough look and answered to the best of their abilities.

You can find this Q&A below! 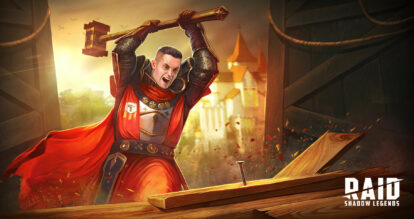 Suggestion 1: We would like to see the option to add Friends in the game and allow gifts to be sent between on a regular basis.

Game Dev Response: This is one of the features we plan to add in the future. We want to make certain your in-game Friends have meaning, and as such we will look into ways of providing that meaning.

Suggestion 2: In addition to the feature above, allow Friends to “borrow” a single Champion from one another in order to compete in certain PvE quests?

Game Dev Response: The “Friends” feature is in the planning stages right now, so it’s a bit too early to talk about details. Preliminary, we are not planning Champion sharing as it would require difficulty balance of different Stages to be reworked.

Suggestion 3: When it comes to Dungeons, it can be difficult to guess which Stage to go for in order to get the kind of Artifact or Potion that we need. Could we have a visual display, showing what Stage can grant items of a certain quality for completion?

Game Dev Response: Yes, that is something we are planning to do!

Suggestion 4: Can we get Gems as a reward for completing higher-level Stages of Dungeons instead of Mystery Shards?

Game Dev Response: Shards of different kinds are not meant to be the main reward that players receive by completing Dungeons. That role is reserved for powerful items such as high-level Artifacts and Potions.

Suggestion 5: Can we have additional Dungeons with a limited number of attempts that would allow us to win Gems, Silver or Energy?

Game Dev Response: We are not planning to add Dungeons like that. At the moment you can raise a lot of Silver by selling Artifacts you do not need if you fight at the Dragon’s Lair often. Energy can be refilled by completing Daily Quests. And on top of that, we are planning to include a system of daily rewards into the game (that will include an energy refill) in the near future.

Suggestion 6: It would be cool if Dungeons Bosses had their Skills change depending on the difficulty of the Stage?

Game Dev Response: That is already happening! Perhaps not quite as radical as obtaining a whole new Skill, but the ones they do have become much more powerful on higher Stages.

Suggestion 7: It would also be useful to see the Skills that specific Dungeon Bosses have so it would be easier to put together a more appropriate Champion Team to take on them.

Game Dev Response: As it stands, you can check Boss Skills by tapping on their icons below the Boss’ HP Bar during the battle, that will bring up a full Skill description. We will also cover on these Skills in our upcoming Dungeon guides. Still, we are going to consider adding some sort of preview on the Champion selection screen.

Suggestion 8: Add an option to sort Champions out by Affinity on the Battle Selection screen. In the future, when we have a lot more Champions it will be difficult to find the ones we need for a specific Battle.

Game Dev Response: Thank you for the suggestion! We are going to try and add and option like that to the UI.

Suggestion 9: Will there be more slots added to the Tavern? You mentioned adding an option to summon Champions from Mystery Shards en masse and it would be inconvenient to go back to the Tavern every couple of summons to clear it out.

Game Dev Response: In the future, definitely. As new Champions will be added to the game, so too the number of slots in the Tavern will have to increase.

Suggestion 10: Did you consider adding a “Training” mode to test new Champions, Artifact Sets for them and so on?

Game Dev Response: No, we do not plan to add that. If we simply add dummies for the Champion to batter, it will tell you very little about their Skills and abilities at best. And if we add an option to tweak the opposing Team in this Training mode, it would allow players to test multiple strategies without spending Arena Tokens before attacking their opponent in the Arena with the one that works best. And in turn this would not be very healthy for the competitive factor of the Arena.

Suggestion 11: Allow to choose our avatar from any image in our media gallery.

Game Dev Response: It would be a cool feature to add, sure. Unfortunately, it would allow for usage of inappropriate imagery to shock, insult or “troll” other players. This would be incredibly difficult to moderate and we are not planning on adding a feature like that.

Suggestion 12: It would be awesome to see Faction bonuses, such as a Champion’s Aura skill giving extra ATK or C. RATE or the like for Banner Lord Champions as an example.

Suggestion 13: Add Faction-specific dungeons, perhaps add Faction market with useful items that can only be obtained there.

Game Dev Response: Factions are definitely a thing and we are looking for all kinds of ideas to make them stand out more. Thanks for the suggestion!

Suggestion 14: Add a multiplier that will guarantee a higher-tier Potion dropping after a certain number of tries.

Game Dev Response: We are planning to add a Potion Crafting system, so spending Energy on your Dungeon crawling will never be in vain again.

Suggestion 15: We’d like to see Achievements such as “Obtain 10 Champions of this specific Faction” or “Complete the 10th Stage of the Dragon’s Lair with Champions of Attack, Defense and HP type” or something of this sort.

Game Dev Response: We are planning to add achievements in our future updates, so keep an ear to the ground!

Suggestion 16: A few suggestions for the Arena: make an additional “Attacker’s Arena Defense” tab or just show it in the logs somehow, add a button akin to “Revenge” to make a counterattack easier, add an option to create a video of the Offense/Defense battle and make it possible to link it in the chat.

Game Dev Response: The first and second suggestion are going to be implemented, we have been thinking of something similar already. The third one would require huge resources and could potentially slow the game down significantly. We are going to think about it regardless, perhaps there is a way to optimize that feature, but no guarantees can be given.

Suggestion 17: Can something be done about duplicate summons from Void Shards or of Epic and Legendary Champions? There are cases of people summoning 4 of the same Void Champion.

Game Dev Response: We are definitely going to work on that. Void Champions can get more duplicates right now as there are less Rare Void Champions than there are of other Affinities. But we will strive to make summoning Champions as fair as possible.