RAID: Shadow Legends wouldn’t be a proper collectible squad-based battle MMORPG without something to collect, right? That’s where its more than 300 Champions come into play.

In-arguably the most important part of the entire RAID: Shadow Legends experience is your army of Champions. You need your Champions every bit as much as they need you.

One of the most fundamental things to know about RAID: Shadow Legends is how Champions work.

You’ll need to understand the sheer number of different ways in which you can obtain Champions, how to combine them with others to create all-new Champions, and the impact they can have on your play-through.

How to acquire Champions

When you tap on the Index button on the Bastion screen, you’ll see all the factions within RAID: Shadow Legends. You’ll also notice the daunting number of Champions available to be collected in the game.

As with most aspects of RAID: Shadow Legends, there’s not just one way to acquire Champions. You can unlock or recruit them through multiple avenues.

Shards, the special crystals you’ll find as you play RAID: Shadow Legends, allow players to summon Champions to their army via the Portal in your Bastion. Shards come in different types, and each can drop Champions of differing degrees of rarity.

To summon a Champion from a Shard, you’ll need to invest a set amount of Silver. Each Shard also presents a certain probability that you’ll find a RAID: Shadow Legends Champion of a different rarity within them.

You can review the probabilities affecting each Shard type within the game by clicking the “i” icon on the Summon screen.

Earning Shards is an adventure every bit as varied as the RAID: Shadow Legends Champions you’ll find by cracking them open. Each game mode rewards victors with specific types of Shards.

Shards can also appear as one-time rewards from Progress Missions, from regular Challenge rewards, as 90-day login rewards, and through limited-time in-game events.

All of these Shards are also available to purchase through special offers and as bundles within the in-game shop.

Playing through and grinding the missions within the game’s campaign can be another great way to collect Champions. Every single battle in the campaign offers multiple Champions through the miscellaneous drops that can as victory reward loot drops.

While the Shards you purchase or earn as rewards provide a chance to roll for one Champion, the beauty of a Champion loot drop is that—assuming they have the Energy available—there’s no limit on how many times players can attempt and obtain one through completion of these missions.

In addition to Shard unlocks, the rarest of the RAID: Shadow Legends Champions can be acquired via the completion of specific, and often very difficult, quests or achievements. These Champions are the ultimate prize for consistency and dedication, as none of them are easy to acquire. They require a significant investment of time or effort.

To learn which Champions you can unlock via achievements or quests, simply tap on either menu from the Bastion. 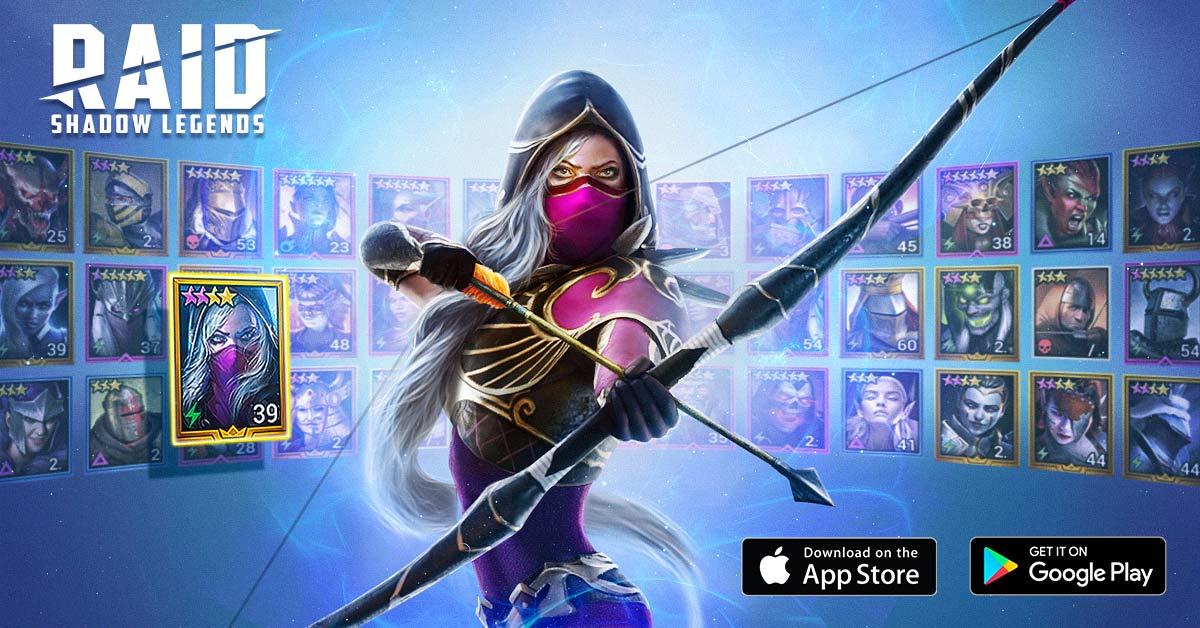 When players first begin their RAID: Shadow Legends journey, they’re given the opportunity to play through a brief tutorial. At the conclusion of this tutorial battle, all four of your Champions will fall at the hands of your enemy. Afterward, the player is presented with the opportunity to revive one of these four Champions to build their initial army around.

Athel: A Sacred Order Champion with weakening attacks in addition to the epic AOE (Area of Effect) ability possessed by all starter Champions.

Galek: An Attack Champion from the Orc Faction with impressively high speeds and a defensive debuff.

Elhain: An Attack Champion from the High Elves with exceptional AOE attacks and a focus on critical hits.

One of the most important factors in determining the strength and ability of your Champions is their rarity. Currently, RAID: Shadow Legends classifies its Champions according to five levels of rarity.

While Legendaries aren’t always superior to less-rare Champions, the sight of a gold frame means you’ve acquired one of the most prized Champions in the entire game.

Part of the diversity that defines Champions comes from the Types assigned to them. Champions belong to one of four different Types, and it’s important to maintain a decent mix of Champion Types in your rotation if you hope to survive some of the more difficult situations you’ll find yourself in.

Attack:
These are your premier damage dealers. Although Defense and Support Champions can be developed to deal respectable damage, you’ll probably want to keep an Attack Champion or two on hand most of the time.

Defense:
Champions with the Defense skill set are hard to kill and can wield debuffs guaranteed to disrupt the enemy’s army. Instead of providing health and cures, though, these Champions protect your squad by providing defensive protection.

Health Point:
Champions of the HP (Health Point) Type are defined by their beefiness. They can soak up quite a beating during battles thanks to their great physical endurance, and they often wield valuable secondary skills as well.

These stalwart allies pair especially well with abilities that allow them to “pull aggro” and draw the enemy’s attacks away from weaker Champions.

Support:
These Champions will supply the rest of your lineup with supportive abilities like healing, friendly buffs, debuff for the foe. With a few exceptions, Support Champions can’t be relied upon to serve as primary damage-dealers or tanks.

Leaving home without these essential comrades will leave your army vulnerable and weak, since they function as a force multiplier for the rest of your team.

Besides rarity and Type, each Champion also has an Affinity. Affinity acts as a counter and strength system. There are four types of Affinity in RAID: Shadow Legends, with three Affinities sharing a rock-paper-scissors relationship.

The fourth Element, Void, is an outlier that offers no direct advantage and no direct counter.

Being on the right side of an affinity matchup allows your champion to inflict more savage strikes. However, the opposite renders your champion more vulnerable to damage and makes your champion’s attacks and debuffs more impotent.

The best armies in RAID: Shadow Legends are often ones that equip themselves with ample options for all four Affinities.

Ensuring you have the ability to match any combination of Affinities on the field of battle is an essential consideration to victory.

Now that you have the entire rundown on the depth of the RAID: Shadow Legends Champions available in the game, it’s time you get out there and start collecting hundreds of unique Champions for your own army. 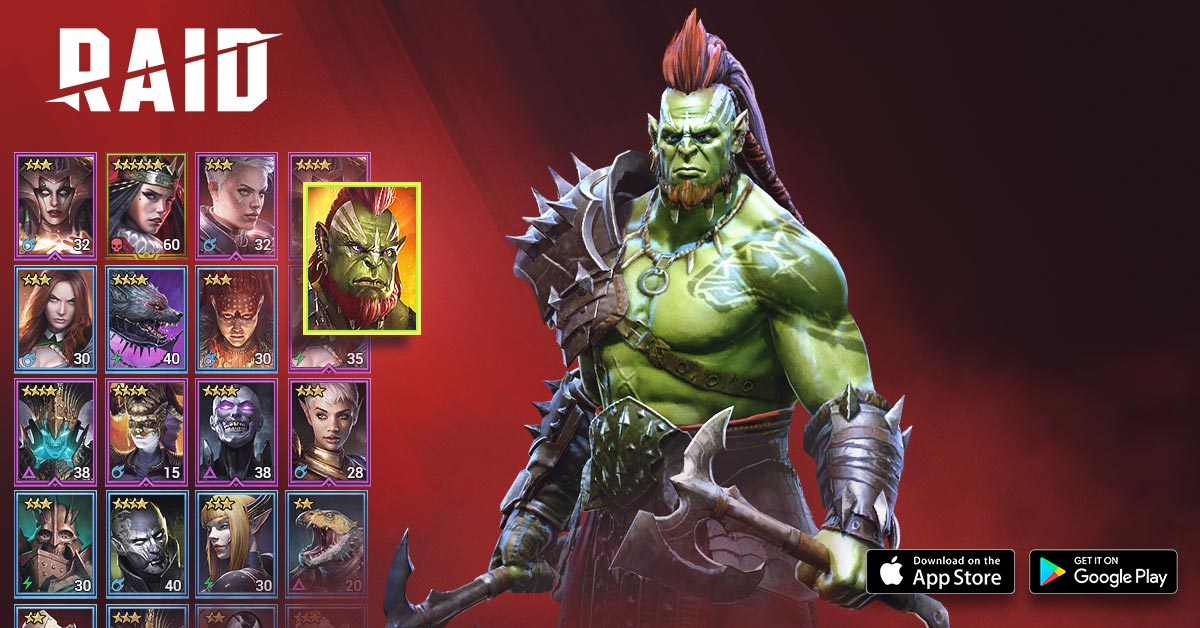