Update 1.5 is live now! This is another update that is focused on QoL improvements, but we have also rolled out a number of adjustments to Champion and Artifact balance. Le’ts take a closer look at these changes: 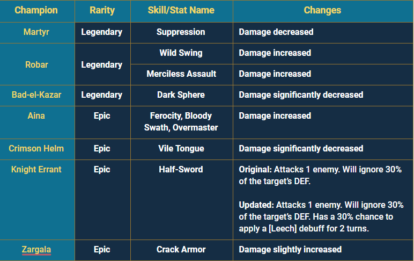 Please note that Artifact distribution between Dungeons has been slightly adjusted. New table: 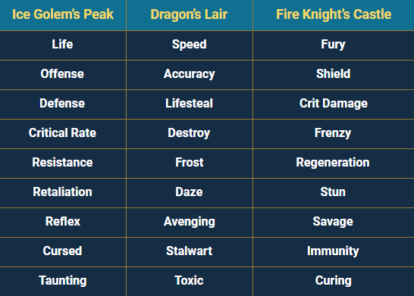 Bad-el-Kazar Passive Skill [Prey Upon] is inflicting less incorrect damage (less than it is meant to) due to a bug. It will be fixed in the near future.